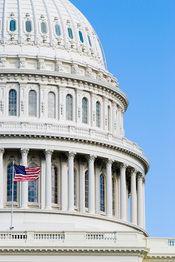 Court Appointed Special Advocates® (CASA) are community volunteers, just like you, who stand up and speak out to help abused and neglected children.

Our CASA programs belong to a network of 951 community-based programs that recruit, train and support citizen-volunteers to advocate for the best interests of abused and neglected children in courtrooms and communities.

Judy Reimer has been a Court Appointed Special Advocate since July 2015. There are many things about Judy that make her an exceptionally good CASA volunteer. For example she is extremely thorough and pays great attention to detail. It is common for professionals to go to Judy first for information on a case because she can be counted on to have it. Judy is always eager to learn and improve. She takes initiative to learn all that she can about any subject that could help her in her advocate role, often using her lunch breaks from her full time job to seek out and attend trainings and paying for them out of pocket when there is a cost. Ultimately, what makes Judy a great CASA volunteer is her understanding and empathy for the children she serves and her unbreakable determination to do whatever she can to make things even a little bit better or easier for them.

Judy’s first case lasted two years and involved three placements, seven case managers, three GAL’s, and four judges. She was instrumental in making sure that every new professional who entered the case was quickly brought up to speed so that permanency was not delayed by these changes. When multiple court hearings were continued, Judy persistently called the judge’s clerk to make sure that the issues had been resolved so there was no further delay. She also contacted the assistant county attorney to ensure that the uninvolved parent was subpoenaed, providing contact information and schedule, so that an absence would not be another reason for continuing the court hearing. When parental rights were terminated in the case, one parent was in jail and the final visitation with the children was going to be put on hold pending release several weeks later. Judy successfully advocated for the visit to take place right away so that the children could begin to heal and permanently settle in with their adoptive family. During the adoption process Judy was the “squeaky wheel” that kept things moving along as quickly as possible.  When the adoption was finalized one of the children asked their adoptive mother if they could continue to see Judy. Judy had made a big impact on the children and became an important part of their lives.

In addition to all of the work that Judy puts in as an advocate, she is also an unwavering promoter and supporter of the CASA program. She is always happy to provide names of community members that she thinks would be interested in supporting the CASA program or talking to individuals about volunteering. She secured a grant for the program through her church and frequently talks to her congregation about the CASA program and the ways that they can get involved.  Judy spoke to the program’s board of directors when they requested information about the volunteer role and in 2016 she attended a United Way Community Investment meeting where she very eloquently spoke about CASA’s mission and purpose; it was the first time in three years that the program’s United Way grant request was fully funded. Judy attends every community engagement activity and fundraiser that she can and promotes the CASA program every chance she gets. The CASA program is extremely lucky to have such a passionate and dedicated volunteer and there is no doubt that Judy is making a tremendous impact on the lives of the children that are lucky enough to have her as their Court Appointed Special Advocate.